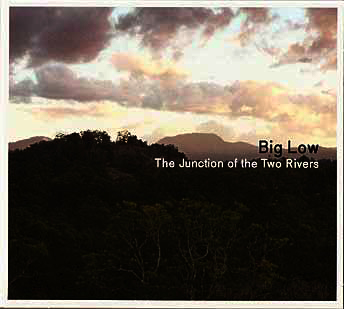 Big Lows long awaited album “THE JUNCTION OF THE TWO RIVERS” was released on 13 October, 2008!! A must-hear for fans of Calexico, Woven Hand or Tom Waits, but completely its own thing. Big Low show here that there isnt much around that sounds quite like them.

In November 2006 Parne Gadje embarked on a 12 show theater tour of Germany. Guitarist/recording engineer Michiel Hollanders not only played all of the shows, he also managed to record them all with top shelf recording equipment. The result was over 20 hours of beautifully balanced professional recordings of the band doing what they do best. As you can imagine the selection process took ages. The very best of it has been mixed and mastered and sounds amazing. 16 tracks in total � a mesmerizing document of what Parne Gadje are capable of and proof that these guys are one of the most influential and creative folk/world music groups around.

PARNE GADJE TO PLAY IN PARADISO

On Sunday 13 January Parne Gadje are taking part in the LA NUIT ZIGANE in the Paradiso in Amsterdam. This is a mini-festival based around Balkan and Rroma style music in the broadest sense and includes diversions into Balkan fanfare, Gypsy beat and punk and childrens music. Sharing the stage with Parne Gadje are the Suske Orchester (Slovakia), Mama Matrix (UK) and Eersteliefdesnacht (NDL). Showtime is 20:30 sharp and tickets are available via www.ticketservice.nl as well as at all good record stores in the Dam.

Fitting really, in surfers terms, a �big low� is an offshore cyclonic pressure system that generates waves. This is precisely what Big Low have been doing in Australia lately with tours there in 2006 and 2007, accompanied by licensing deals for the bands album �No Tears in Paradise�. Sydney based independent label Nonzero Records also released an EP in Australia which included a remix of the song Ti Tree Bush Mix plus some studio outtakes and live material. The last 2 tours attracted fantastic press and Big Low plan to head back down-under sometime in 2008.

PROCEEDS FROM BIZOAGOR USED FOR RROMA SCHOOL BOOKS A STORY!

The driving concept behind BIZOAGOR was to put something back into the Rroma community. Apart from documenting the marriage of Marc�s composing skills, Gjunlers writing and Parne Gadjes flair for getting it right, the whole idea of the project was to raise money for the Rroma schools in the enclave of Sjutka, Gjunlers birthplace, a satellite tin-shack city on the outskirts of the Macedonian capital.

The proceeds of BIZOAGOR have led to the publishing of the first ever school book in the Rroma language, and the book itself has now gone into its 2nd pressing with interest not only from the schools of Sjutka but also from the Macedonian education department.

We are proud of our involvement in this and overjoyed to see the influence of the Bizoagor project spreading like this. Part of the problem in the beginning was finding a suitable target for the funds and having on the ground know-how in Sjutka ready and able to make it work. Parne Gadje�s Marc Constandse made several trips to Sjutka with Gjunler to organize this. In the process he appeared on Rroma radio and on international Rroma television where he had the honor of being asked to perform the Rroma anthem Djelem Djelem live to air by community leaders.

5,000 copies of the book are now in circulation, not only in the schools of Sjutka, but in Rroma settlements all around Macdonia. The Macedonian authorities have also accepted the book as part of the education curriculum and Rroma kids are now learning at school in there mother tongue for the first time ever. We hope it keeps growing. The book was written and published by Rroma writers and educators living in Sjutka.

INTEREST FROM THE UK! 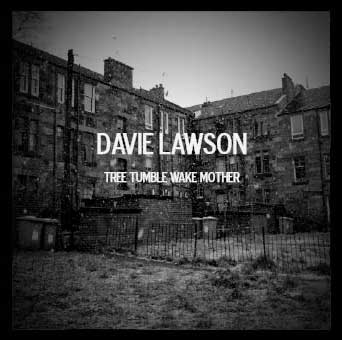 Recorded live to tape in an attic studio in Glasgow and mixed by the Smoked Sounds crew here in the Netherlands, Davie’s latest work “Tree Tumble Wake Mother” features a line up of pianos, organs, bass, drums and guitars – all tracked together in the tradition of The Bands “Big Pink”. Davie’s songwriting just keeps getting better. If you thought his debut was good you are going to love the analogue warmth of this release. Check out some of the tracks on davielawsonmusic.com or myspace.com/davielawson A tour of the Netherlands is planned for late April.

Parne Gadje recently did a live to air show for Dutch National TV at the NuMoon festival in Rotterdam. Songs from the concert can be watched via digital TV on NPS/Cultura. For internet viewing go to the NPS website and run a search in Cultura and Parne Gadje.

Big Low have been invited to 2 major Australian music festivals at the end of March and a bunch of club shows. The band wll be spending 2 weeks in Australia gigging, doing radio jives and interviews, and stopping the van every 250 kms to jump into the river to cool off. Check www.myspace.com/biglow101 for tour dates

BIG LOW are playing the sensational Oerol Festival on the island of Terschelling (NL) this weekend! They are playing two shows; Sat 13 June and Sunday 14 June.

The Oerol Festival explodes every year for a period of 10 days. Over 50,000 people visit the island festival and some 70,000 tickets are sold for the various performances organized during the Festival. The list of acts performing at the festival is exceptional.